In past few years, we have seen plenty of concept cars from this Japanese manufacturer and Nissan Xmotion SUV concept is one of them. More precisely, it is the most recent concept from this company, which comes with some pretty eccentric design solutions. It was originally presented early this year, at the Detroit Auto Show. Of course, we saw it a few times more in the car show that came later.

So, what’s the deal with this one? From the outside, it couldn’t be too much different compared to other concept cars. However, the interior design seems pretty extreme and probably shows the direction of Nissan development in the upcoming decades. So far, we can’t say how many design solutions from this concept will find their place in some upcoming production model. In any case, Xmotion SUV attracted a lot of attention and it is definitely one very interesting concept car. 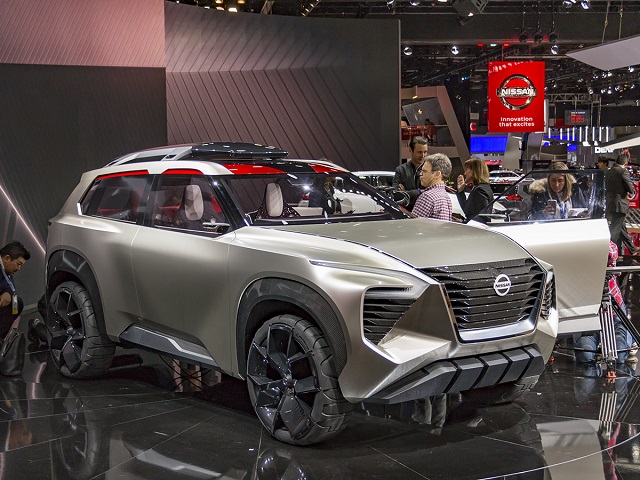 Among numerous concept SUVs in past years, it is hard to find something more important that separates Nissan Xmotion SUV concept from the crowd, at least when it comes to exterior design. This one looks like a pretty common futuristic crossover, with a lot of cosmetics. At the first sight, you can see plenty of sharp lines which give that rugged, highly-capable stance. Despite large fenders, low-profile tires and fancy rims are clear indicator that there is no way this could be an off-roader. Speaking of design language in general, we could notice that Nissan had a similar approach as in some previous concepts. A familiar V-Motion design comes to the completely new level, expanding from the grille across the hood and roofline. It is something we could expect to see in future production models from this manufacturer, though in a less radical manner.

While the exterior of this concept might look pretty common, the cabin is definitely the thing that makes this one stand out. There is a nice futuristic approach, which combines modern styling solutions with some classic elements. You can notice plenty of wood, especially on the dashboard. The most notable thing about Nissan Xmotion SUV concept is its digitalization. There is no place for analog controls. Believe it or not, there are seven touchscreens in total, which definitely seems a little bit too much for a common driver. Still, we must admit that single-screen design in current production cars is slowly getting outdated both in the practical and aesthetic way. Most of the screens are mounted on the dashboard and work in symbiosis, despite different functions. Rest of the cabin brings a lot of futuristic elements, including seats, which promise a lot of legroom and convenience. 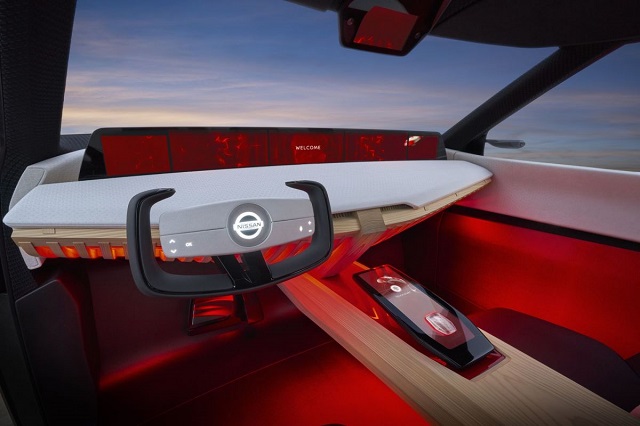 This definitely wasn’t a priority in this case. There are no details about Nissan Xmotion SUV concept when it comes to powertrain. The first thing that comes to our minds is that the main purpose of this concept was to show some of the advanced styling solutions and technologies that would find the place in the future Nissan models. Speaking strictly of powertrain, we could presume that electrification, in this case, is mandatory. A crossover like this one would definitely have to get an all-electric powertrain. Probably multiple electric motors and battery pack that will provide a lot of autonomy. 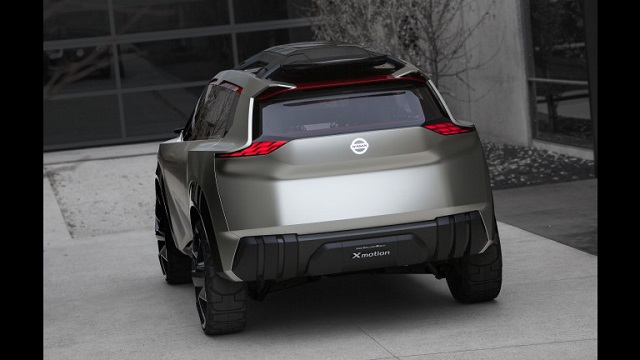 In any case, getting close to serial production wasn’t Nissan’s goal with this concept for sure. The Nissan Xmotion SUV concept should be considered as a classic show-off car. It is here to point to the company’s future styling philosophy and some advanced technologies.