The Nissan IMX concept was presented a few years ago in Tokyo. It was the company’s take on one of the industry’s new segments, electric crossovers. This concept presented a lot of new technologies and design solutions and it was well accepted by both crowd and experts. All this indicates that the production model could come soon.

We can’t say is it going to feature the same amazing design solution, in terms of styling, but it should be one very competitive model in the segment dominated by Tesla Model X. At the moment, we are still waiting for the official confirmation, but various reports suggest that the production model could hit the market pretty soon, in about a year or two. 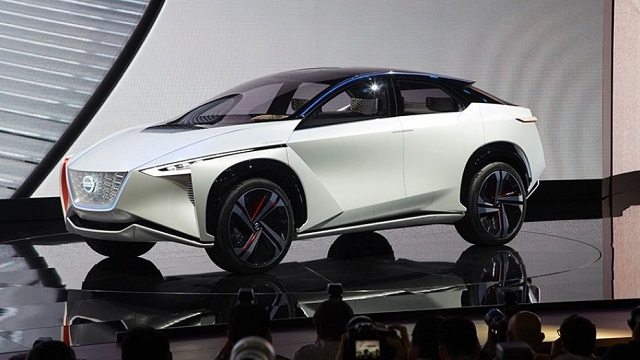 Without any doubt, the styling was the most amazing part of the IMX. That was expected, considering that all concept cars are characterized by futuristic looks. This one came with a lot of details in its bodywork. As you can notice, there is a lot of sharp lines, especially on the bumper, which comes with super-sharp air intakes and other edges. However, the production version will probably come a little bit different.

There is no doubt that Nissan can offer the same futuristic styling to the market. However, the main point has always been to cut production costs and create a competitive price. According to most reports, the new IMX will probably feature pretty much Nissan’s standard design language, with the addition of several unique details, just it is the case with the Leaf model. The Leaf will also serve as a basis in terms of interior design and most of the mechanics. 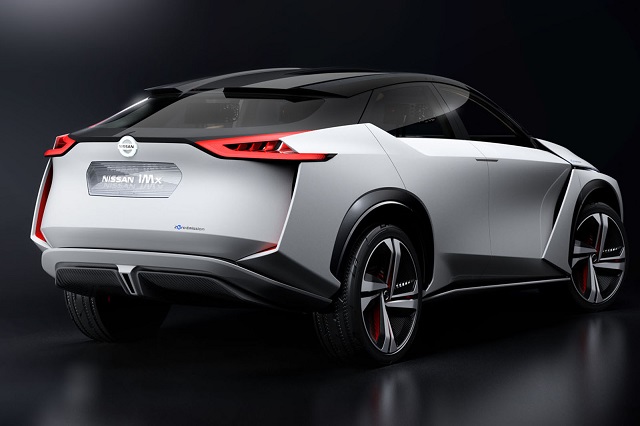 The production version of the Nissan IMX concept will come with a cabin design that takes a lot of inspiration from the Leaf. Compared to the Nissan IMX concept, a huge majority of parts will be replaced. This would mean a relatively conventional dashboard design, with straight lines and plenty of hi-quality materials. On the other side, pretty much all controls should be digitalized.

This refers to a large touchscreen at the center, digital instrument cluster, smartphone integration, navigation, E-Pedal system and much more. Also, we should see the Nissan’s new ProPilot system, which is pretty useful in many ways. First of all, it keeps the car in the lane. Also, it keeps distance to a car ahead and you can set this distance pretty easily. Finally, it can navigate stop&go traffic. The great thing about this system is that it is pretty simple. You operate with only a couple of buttons.

This is the most mysterious aspect of the Nissan IMX concept. According to the latest reports, the new crossover will be a real performance car. The company wants to make a crossover that will successfully compete with the Tesla Model X. For comparison, it should feature both more power and longer range. Latest reports suggest that the new model will feature two hi-output electric motors, with a max power of 429 horses and max torque of 516 lb-ft. When it comes to the range, this crossover should come with a hi-capacity battery pack that will be able to provide more than 370 miles on a single charge. With such specifications, there is no doubt that the new Nissan IMX would be on par with the Model X.

We are still waiting for the official confirmation for the production model. At the moment, we can only rely on reports that the Nissan IMX concept could get production version already in the next year. According to several reports, the new model will cost around 40.000 dollars in its base version.