At the 2015 Frankfurt Motor Show, Nissan promised a crossover concept that will shock the world. A Nissan Gripz concept was presented and it gained an instant success among the customers. The concept is inspired by racing motorcycles and rally cars. This crossover looks very futuristic and sporty the ride height is additionally raised.

The things with such a conventional design are pretty straight, or you like it or you don’t. And while there are many of them who are questioning this concept, the same thing happened with Nissan Juke that is now an extremely popular model. The interior looks unique and Gripz concept will ride on a hybrid technology, and it will probably use the same motors as Nissan Leaf.

The front part looks extremely aggressive with boomerang-shaped headlights, a black matte hood, and a V-motion grille. The hood is similar to the Datsun 240Z sports car that was popular in the 70s. On both sides of the grille, rectangular lamps are placed and are equipped with both low and high beams.

The lamps are equipped with cameras and thanks to that, you can record your off-road adventure or stream it live on the social network. Down below, the fenders and front bumper are made from a single piece.

The wheels are 22-inch three-spoke and also black wheel arches are included too. At the rear, the exhaust pipes are finished in a trapezoidal shape, the lower bumper is finished in matte black and tail adds chrome accents. 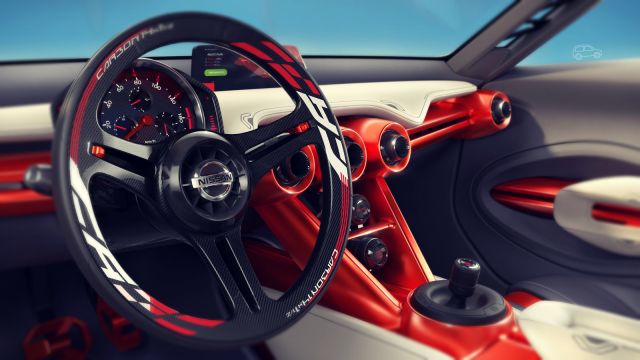 The Nissan Gripz comes with a unique and also futuristic interior. A bucket seats are clearly inspired by motorcycles and we can see that on the steering wheel as well. A chronograph-inspired instrument cluster is somewhat strange and the display looks kinda cool. Another digital display is placed between separated parts of the dashboard and it offers plenty of functions.

Various knobs and vents are coming in all sort of different and strange shapes. All those features are showing how Nissan can be innovative and how far a concept crossover design can be pushed. Unique styling that we’ve never seen before, coupled with plenty of modern features and technologies. 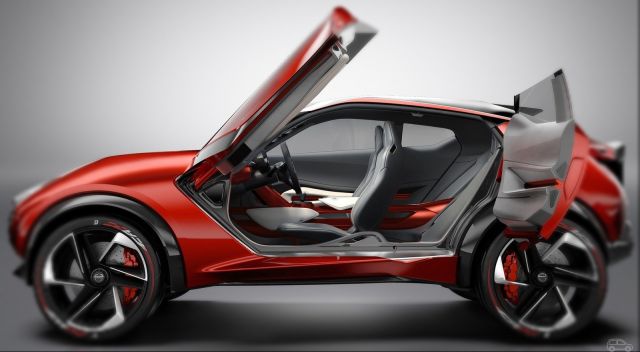 As mentioned, the Nissan Gripz will use a hybrid system with elements that were implanted into famous Nissan Leaf model.

A gasoline engine that is powering the electric motor should provide a great range. A 110-kW AC synchronous electric motor can produce up to 148 hp and 235 lb-ft of torque.

A 40-kWh lithium-ion battery comes with a range of 150 miles on a full charge. However, Nissan still didn’t announce the gasoline engine numbers. On the other hand, Nissan says that this concept will use a “Pure Drive e-Power” which is an EV technology that combines engine and electric motor. 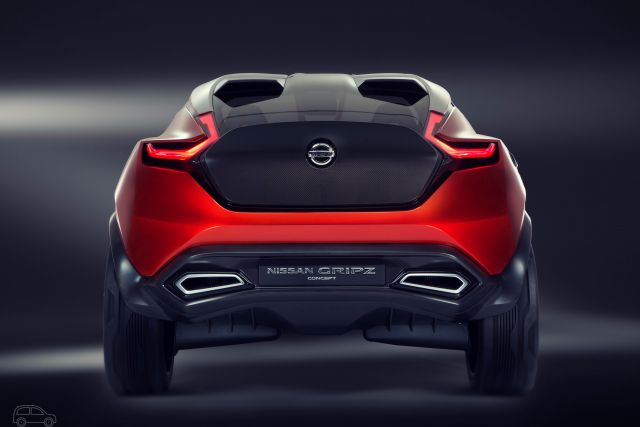 Nissan Gripz concept could be a game-changer for the Japanese company. Just like the Nissan Juke model, Gripz could become a worldwide famous crossover. However, while it is just a concept, it is hard to determine the price or release date.