When we talk about concept cars, one of the most interesting things is a debate on chances to see it in serial production. This one seemed to have huge chances. Thanks to its production-friendly characteristics and a lot of practical potentials, a soon arrival of the Frontier Diesel Runner concept was hugely expected. Four years later, we are still waiting for it.

The concept was presented at the 2014 Chicago Auto Show, but it never entered serial production. Considering the current situation about this truck, it won’t come in the future either. The company prepares the redesign of this popular truck, so the new diesel version could eventually come based on the new model. On the other side, this one will stay in a concept form for good. However, it could use as an inspiration for the upcoming model, which has a great chance to get an oil burner. 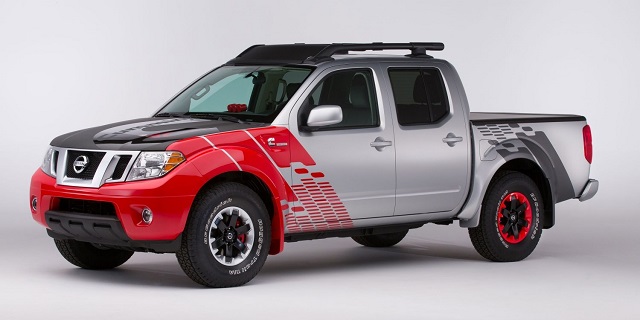 Speaking of base design characteristics, this concept isn’t much different than a serial-production model. You can notice a familiar shape, is identical. Moreover, the mechanical aspect of the truck is pretty much the same as well. It rides on the same platform is mirrors the chassis pretty much entirely.

On the other side, the styling looks pretty interesting. The first you’ll notice is a unique color combination. The truck is silver but comes with a lot of red accents, which is inspired by the famous Cummins engine painting. Finally, there is a lot of carbon fiber. Wheels also get a special treatment. The pattern may look familiar, but the color combination makes these rims unique. Interestingly, front wheels are silver, while rear ones are red. 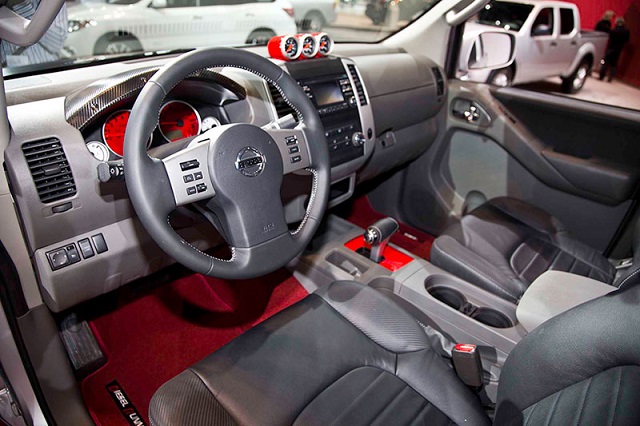 The interior reflects the outside of the truck. Once again, you will find a combination of silver and red color, while there is also a lot of carbon trim. Compared to some standard versions of this truck, there are unique, sporty seats, new instrument cluster. The company goes so far in details that even floor mats come in the same color combination. Finally, there is the most interesting part of the truck – the engine.

The main goal of this concept was to introduce a model that would eventually attract a wider range of buyers. One of the reasonable moves would be a diesel engine. This Frontier Diesel Runner concept features a familiar 2.8-liter Cummins engine. It is designed to provide a perfect balance between performances and efficiency. So, the max power goes around 200 horsepower and 350 pound-feet of torque. Such numbers seem like a perfect fit for a mid-size truck. It means a lot of potentials even in terms of towing and other aspects of working. Another great thing is the transmission. This engine comes with a modern 8-speed automatic gearbox, which has a lot of effects not only on efficiency but also on the overall drive quality. 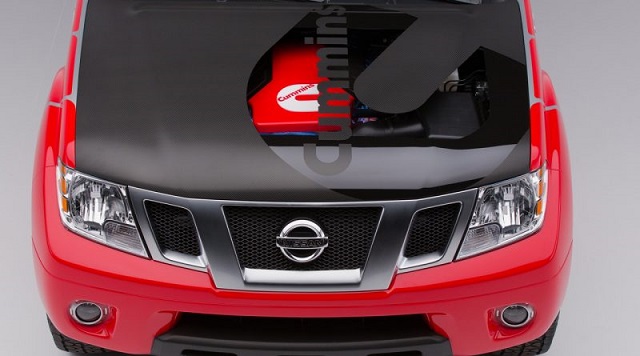 Though most of us expected to see Frontier Diesel Runner concept in serial production, it certainly won’t happen. Nissan will finally replace the aging generation of this truck. The new model is about to come in a year or two, so the launch of this diesel version doesn’t seem rational at all. It will remain in a form of concept for sure. However, it could use as inspiration for some future models of this nameplate. 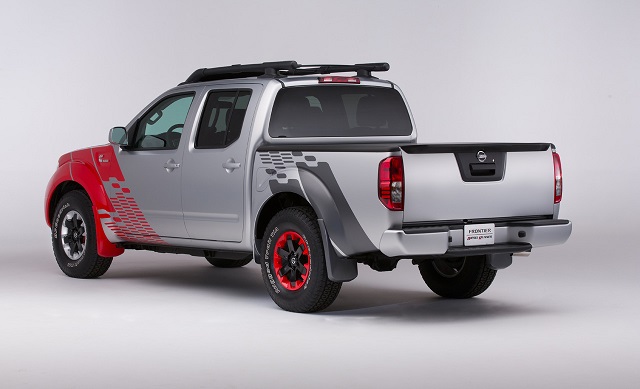 According to a few reliable reports, the company seriously considers to finally bring a diesel version to the North American market. This concept may serve as a starting point, especially in terms of engine and styling details. Of course, it will get a completely new shape, but we could see a familiar color combination once again.