The segment of compact crossovers is one of the toughest in the automotive industry and Nissan is ready for it. After the new Qashqai, here is also the all-new 2022 Nissan X-Trail. It comes with improvements in every aspect and seems ready to compete with class leaders such as Toyota RAV4, VW Tiguan etc. It looks way better than before, and brings a whole bunch of new technologies, especially under the hood.

Compared to the previous generation, the new model is different in many ways. It comes with completely new styling and features much better interior quality. More importantly, there is a new hybrid powertrain, which promises both better performances and efficiency. Also, the new model is slightly bigger, so it’s no wonder we will also see the optional third row in the offer.

Sales should start this summer if we can trust the latest reports. 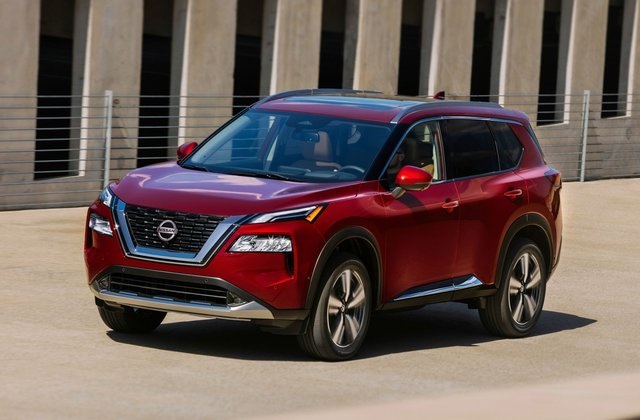 As we’ve just mentioned, the 2022 Nissan X-Trail brings a lot of novelties. The Japanese manufacturer did a complete redesign and we expect the new model to be competitive in every aspect. Even though this was a complete overhaul, the new generation still uses a familiar CMF platform. However, this architecture has been revised significantly and the new model brings not just improvements in terms of the ride quality but implements all kinds of new technologies as well.  This particularly refers to the new hybrid system, which seems quite unique when compared to other electrified models in the class.

Of course, the most obvious change that came with the new generation is the styling. The new model looks way better than before, with its boxier shape. It’s more SUV-like and we particularly like the presence of sharp lines at the front. The most notable are new headlights, which are slightly different compared to the new Qashqai and look more upscale. Of course, the recognizable V-Motion grille is there as well and it looks just fine.

The new model is also slightly bigger than before. It adds 0.5 inches in the wheelbase and that certainly has a positive impact on the interior space. After all, the third row will be offered for the first time and we will get on that in a minute.

Just like the exterior, the inside of the new SUV also comes with significant improvements. Just one look is enough to see that the new cabin looks more upscale than before, even though the previous version also features a pretty impressive interior quality. Of course, there are new aesthetics, which look modern and are perfectly combined with new materials. Materials are pretty much on the premium level, while the build quality is pretty impressive too. Furthermore, the amount of tech goodies is also pretty impressive. Of course, the biggest highlights are a 12.3-inch digital instrument cluster, along with a 10.8-inch infotainment screen. We also like the center console, with the new gear shifter, which looks really upscale. 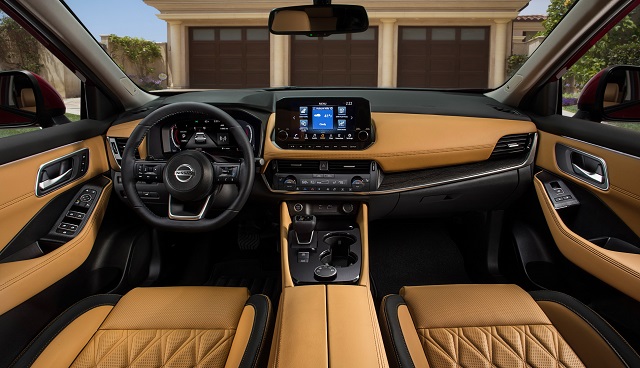 Besides the obvious improvement in quality, the new cabin also offers a little bit more space. The first and the second row are pretty similar to the previous generation in terms of space, while there is also an optional third row. We don’t expect miracles from it, but the third will definitely be useful for many buyers.

So far, we know for sure that the new 2022 Nissan X-Trail will come in a hybrid version. Of course, it will use the new e-Power system, which works in a little bit different way. It does have both a gasoline engine and an electric motor, but the wheels are powered with a 190-hp electric motor only. On the other side, a 1.5-liter 155-hp gasoline engine serves as a generation and its only task is to charge the battery. Speaking of the batter, it has a capacity of 2 kWh.

The main advantage of this setup is the fact that the wheels are powered by an electric motor. So, the ride is pretty much the same as in a genuine EV, which means you may count on instant throttle response at any speed. Practically, this is the same system that was recently introduced in the new Qashqai. 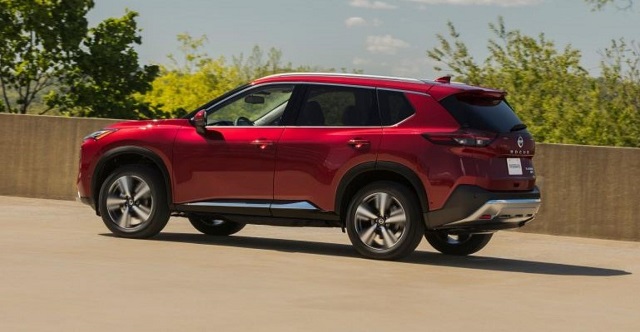 We expect that the 2022 Nissan X-Trail will hit the market this summer. When it comes to the price, we know that the UK model will go around £25.000. On the other side, European models should go around 28.000 Euro.