Even though crossovers are overtaking the market, many buyers still prefer more affordable and more economical compact hatchbacks and sedans. Therefore, it’s no wonder that Sentra is still an important player on the market. After the devastating last year, when sales dropped by 50 percent, the first quarter of this year has brought numbers that look much better. That’s the main reason why we believe that the 2022 Nissan Sentra will continue in the same way, without any bigger change, whether it’s about design or features.

This means that you may count on a compact sedan that still has a lot of good things to do. We particularly like its cabin, which is spacious and looks really upscale. Also, the list of standard equipment is pretty impressive, especially when it comes to safety features. On the other side, the biggest drawback is performance. The engine is underpowered, while handling isn’t particularly engaging. 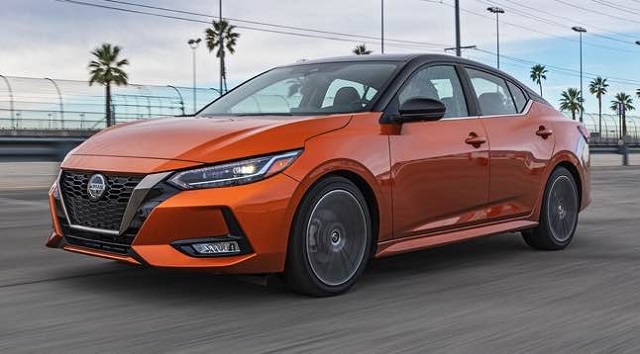 Considering that bigger changes probably won’t happen, we expect that the 2022 Nissan Sentra will hit the market sometime in the last quarter of the year.

The current generation has been around for a couple of years. It looks fresh in every aspect, so we don’t expect changes in the 2022 Nissan Sentra. This model is based on the company’s well-known CMF platform and with 106.8 inches in wheelbase, it is among the biggest models in the class. However, it isn’t particularly fun to drive. The chassis and suspension setup is more about comfort, so if you’re looking for something more engaging, models like Mazda 3 and Honda Civic are a far better choice.

When it comes to aesthetics, it seems too early for any kind of updates. Simply, the current model follows the brand’s latest design language and it still looks pretty fresh. Still, we won’t exclude the possibility to see new color options in the offer and similar minor updates. 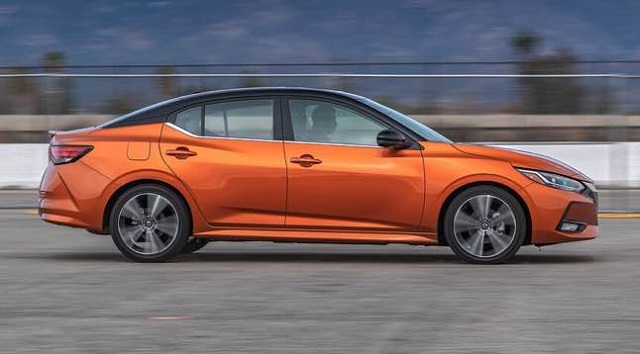 As we already mentioned, this is the strongest point of the car. First of all, we particularly like how the dashboard looks. The materials are very nice and most surfaces are soft to the touch. Also, the build quality is very good. Furthermore, we like the driving position, which provides good visibility in all directions. Seats are comfortable and supportive.

Thanks to the pretty long wheelbase, both rows are pretty generous with legroom and can accommodate adults with ease. However, taller passengers may struggle in the second row, as the attractive roofline compromises the headroom.

While the passenger room is at a pretty high level, the trunk is a completely opposite story. You may count on just 14.3 cubic feet. That’s below-average for the class and even below some subcompact sedans, including Nissan Versa. 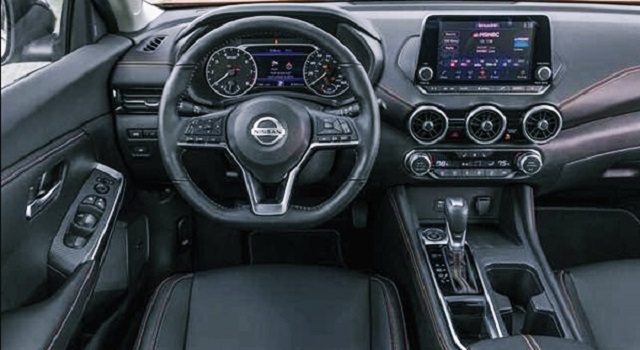 Of course, we could see a couple of additions to the list of standard features for the next year. Still, we don’t expect to see too many of them. The key things will remain the same, which means that you may count on a pretty generous offering in base versions. Some of the highlights should be things like push-button start, a 7-inch touch screen, Android Auto, Apple CarPlay, a four-speaker stereo, Bluetooth, and a USB port. In higher trim levels, you’ll be also able to get goodies like dual-zone climate control keyless entry, moonroof, an 8-inch touch screen, a Wi-Fi hot spot, two more USB ports, satellite radio, and a stereo with six or eight speakers.

The 2022 Nissan Sentra will continue with the same 2.0-liter inline-four engine. It features a max output of 149 horsepower and 146 pound-feet of torque. Add to this a CVT gearbox and it becomes clear that this car isn’t designed to provide good performance. The acceleration is slow, while the transmission can be pretty loud sometimes. Also, the handling definitely isn’t engaging. 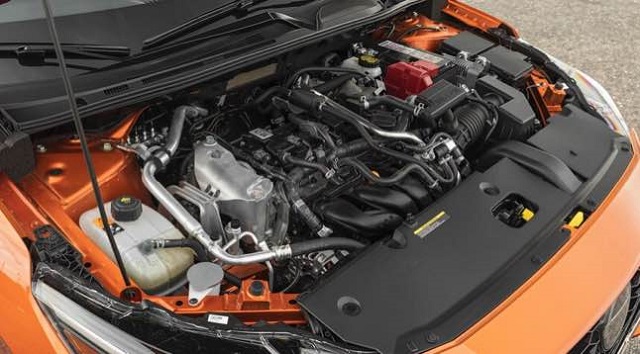 Normally, you would expect to see compensation for this lack of character in terms of fuel economy. However, this sedan is no more than average in terms of efficiency. In numbers, that would be around 29 mpg in the city and 39 mpg on the highway.

Although the officials are still quiet, we are pretty sure that the 2022 Nissan Sentra won’t arrive before the last quarter of the year. Simply, there are no bigger changes to come and for the same reason, the price shouldn’t change too much either. For reference, the current model starts at around 19.500 dollars, which is slightly lower than rivals like Hyundai Elantra, Toyota Corolla, and notably lower compared to Mazda 3 and Honda Civic.