The GT-R is arguably one of the most iconic sports cars of the 21st century. While it’s amazing in so many ways, the thing that impresses most is the fact that it’s still relevant on the market, even though it’s been around for nearly 14 years. It still offers impressive performances and that’s why Nissan isn’t rushing with the successor. The 2022 Nissan GT-R is no exception. It continues in the same way, though we have to mention the new Special Edition model, which comes as an upgrade of the NISMO version. Other than that, things should remain pretty much the same.

All this means that you may count on familiar characteristics. This is still one of the fastest-accelerating models in the segment, while handling is also at the super-impressive level. Of course, there is the unmistakable styling, which still stands out from the crowd. Of course, its age brings a couple of drawbacks as well, and one of the most notable is the interior design, which looks a little bit outdated.

Considering that there are no significant changes to come, we expect that the 2022 Nissan GT-R will hit the market in the second half of the year. 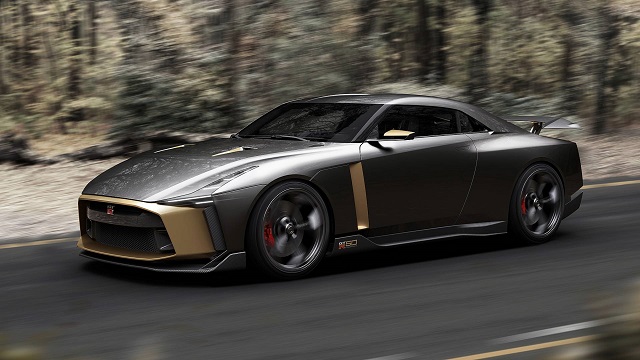 In terms of base design characteristics, this is still the same vehicle we saw for the first time 14 years ago. However, there have been numerous updates since then, so the actual character of the vehicle is notably different. Of course, we are still talking about a genuine supercar, even by today’s standards, which offers impressive performances. Don’t forget that this model competes with much younger competitors, such as Porsche 911, Audi R8, Chevy Corvette etc.

For the next year, the biggest novelty will be the addition of the new package called Special Edition. It will come as an upgrade of the NISMO model and it will bring a couple of mechanical upgrades, but mostly aesthetical novelties. Some of the highlights will be things like black-painted 20-inch wheels with red accents, a carbon-fiber hood, and a special Stealth Gray exterior paint color.

This has always been the most interesting part of the car and the 2022 Nissan GT-R won’t change much. Once again, standard models will come with a good-old 3.8-liter twin-turbo V6, which puts out around 565 horsepower. The power is sent to all wheels with a six-speed dual-clutch transmission. As a result, you get an impressive 0-60 time that goes under three seconds. At the same time, fuel economy is quite decent and goes around 16 mpg in the city and 22 mpg on the highway. 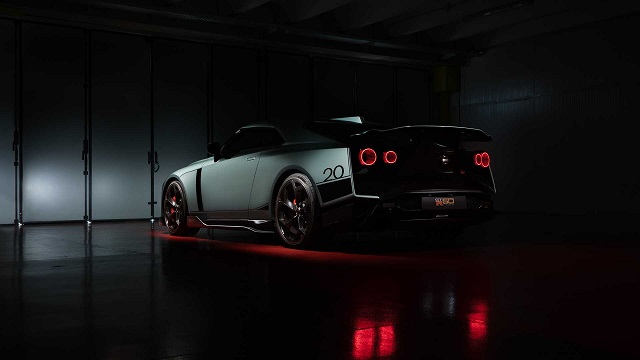 The NISMO version comes with an upgraded variant of the engine, where the max output goes up to 600 horsepower. It is even faster, while improvements are notable in handling as well, considering all the upgrades that come in terms of stiffer springs, carbon-ceramic brakes and lots of carbon fiber around the body.

On the inside, you may count on a familiar layout. Despite the updates, the overall cabin layout is still the same as the one from 2007, which makes it look a little bit old compared to rivals. However, constant updates have brought a lot of improvements in terms of materials, while the build quality is impressive. All these things make this cabin a really pleasant place, which perfectly suits GT-R’s nature.

We also like the seats very much, as they are massive and supportive. Also, don’t forget that we are talking about a four-seater. The GT-R stands out from the competition, even though the second row isn’t particularly useful. The cargo area offers around  8.8 cubic feet, which is typical for the class. 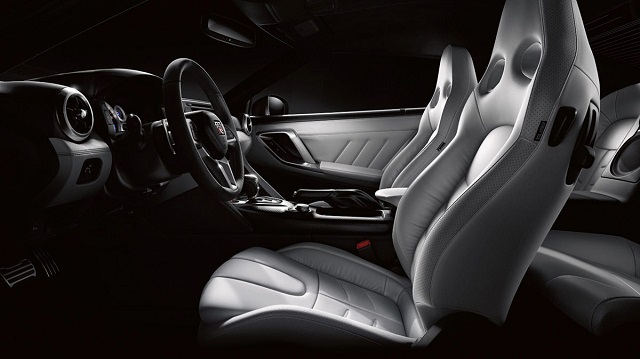 We might see a couple of additions to the list of standard equipment but most of the things will certainly remain the same. Therefore, all models should come standard with goodies like an 8-inch touch screen, navigation, Apple CarPlay, two USB ports, Bluetooth, HD Radio, satellite radio, and an 11-speaker Bose stereo. The list of standard equipment should also include keyless entry, push-button start, and dual-zone automatic climate control.

When it comes to upgrades, the NISMO version adds goodies like an Alcantara leather-wrapped steering wheel, as well as all kinds of unique styling details.

The base 2022 Nissan GT-R should go around 115.000 dollars. The first upgrade will come in the form of Track Edition, which brings a couple of notable upgrades and costs around 150.000 dollars. Entering into NISMO territory would cost you much more. We don’t expect bigger changes for the next year, so the price in this case should go around 215.000 dollars. Finally, the upcoming Special Edition will probably go around $220.000.

We expect to see this model on sale sometime in the second half of the year. A mode precise date is yet to be announced.