The legendary SUV has been a household name for decades and we are pretty sure that the Japanese manufacturer won’t give up from it, even though crossovers are taking over the market. Simply, there are still many parts of the world where you can have a convenient ride without a good-old body-on-frame platform. The recent update has brought pretty significant styling changes, so we may presume the current generation will remain in production for a couple of more years. Therefore, we are pretty sure that the 2021 Nissan Patrol will carry on in the same way. Bigger changes are not expected, which indicates that the new model will hit the market sometime late in the next year. 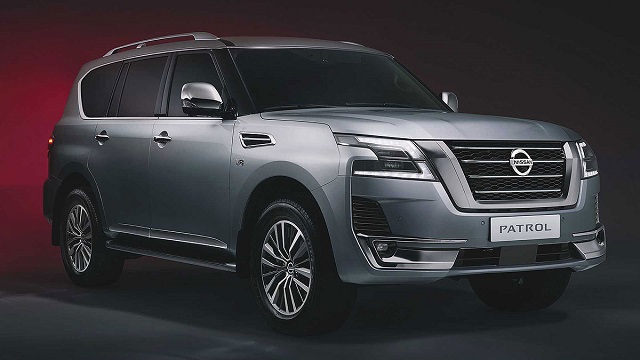 This is the aspect where we definitely don’t expect to see bigger changes. Simply, the recent update has brought a fine amount of novelties. The new model looks far more attractive and you may notice that Nissan made a quite futuristic approach, especially in terms of new headlights, which come with a nice reverse C-shape LED lights. Also, there is a new more prominent grille and new front fascia, which represents Nissan’s new take of the V-motion design language. Also, we may presume that this styling is a kind of preview for the next generation of this full-size SUV.

In terms of mechanics, things are pretty familiar here. The recent update hasn’t brought any particular mechanical change. The SUV still rides on a good-old F-Alpha platform and the latest reports suggest that the Japanese manufacturer may update this architecture and use it for future models as well. Another thing we should mention about this model is adaptive suspension, though this feature is available in V8 models only.

The recent update has also brought interesting updates inside this large and capable SUV. Of course, the most prominent details is a new dual-screen setup on the center stack, which is the same one that can be found in various Infiniti models. Other than a new screen, you can find a couple of more interesting details on the new dashboard. Still, the overall cabin layout seems familiar. This is a good thing, considering that this SUV features a well-built cabin, full of quality materials. 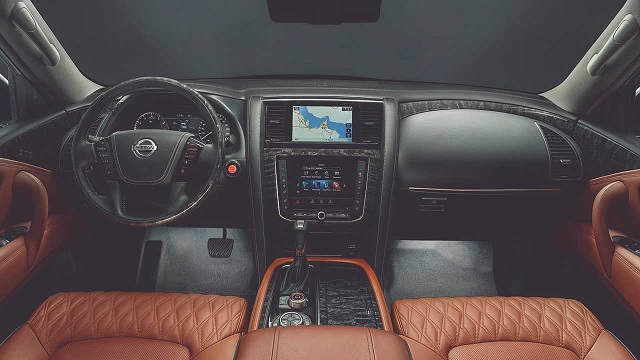 Also, the list of standard equipment is pretty long and includes various kinds of tech goodies, as well as an impressive amount of safety features. The list includes things like rearview camera, front and rear parking sensors, forward collision warning, automatic forward emergency braking, adaptive cruise control, and a rear door alert, which reminds drivers to check the back seat after parking. 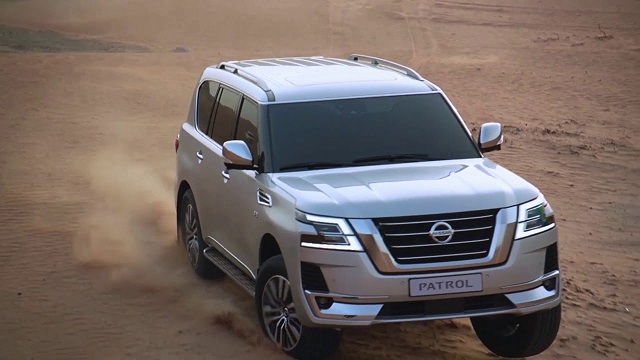 We expect that the 2021 Nissan Patrol will hit the market sometime in the last quarter of next year. When it comes to the price, keep in mind that this model is available in various parts of the world. So, the price may vary from market to market, but in most cases, base models go somewhere around 50/55.000 dollars.

Despite the recent update, the current generation won’t remain in production for too long. We expect that the new model will come in a couple of years. The latest reports are suggesting that the F-Alpha platform will remain in production. There is also a big chance that the next-generation Mitsubishi Pajero will be developed together with Patrol. The two models would be produced in the same assembly.