The Japanese manufacturer did a great job with the Leaf, which is already in the second generation and makes pretty good sales numbers. Now it’s time for something new, for some addition to the lineup. The next model that is about to come will be a crossover. At this point, it is known as the 2021 Nissan Ariya, which is the name of the concept that was presented recently. The production version might use a different nameplate.

At this point, we don’t know all the details about the 2021 Nissan Ariya, but some of the things look pretty much certain. The latest reports promise excellent range, plenty of power and great overall performances. We will also get a pretty stylish crossover, with an attractive interior, which will be able to compete with premium brands in every aspect. According to the latest reports, it will hit the market in the second half of next year. 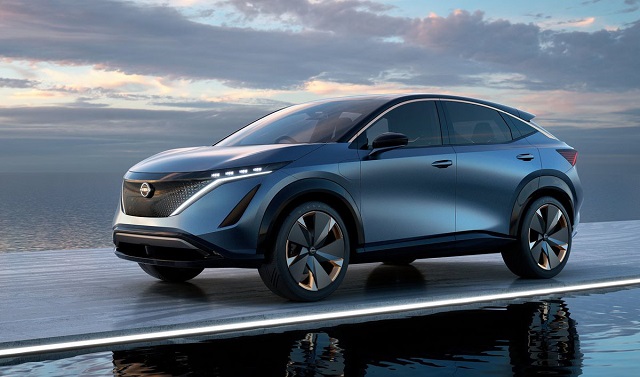 When it comes to base design characteristics, the 2021 Nissan Ariya will be characterized by a pretty futuristic approach. In terms of size, it will be a little bit shorter than Rogue. On the other side, it will be wider, which indicates that the company wants to accentuate its sporty performances. The overall look will be very futuristic. The sleek profile is the first thing you can notice, as the Ariya looks more like a sports hatchback with a higher ground clearance than a crossover. Practically, it is a quite similar design approach to what we can see on the Jaguar I-Pace.

In terms of aesthetics, there are some signs of the company’s famous V-Motion grille and design language. However, everything comes in a completely new manner, with an accentuated futuristic approach. Sharper lines, loads of LED lighting and similar things are something that indicates there’s no internal-combustion engine under the hood.

When it comes to the interior design, the 2021 Nissan Ariya will be futuristic and minimalistic. One look at the dashboard and you can see that the focus will be on simplicity and lack of physical buttons. Most of the controls will be digital, while the dash will be characterized by a pretty clean shape. Another thing we should consider is the interior space. As we already mentioned, the 2021 Nissan Ariya will be shorter than Rogue, so you may count on a little bit smaller cargo area. On the other side, the amount of legroom should be quite similar. 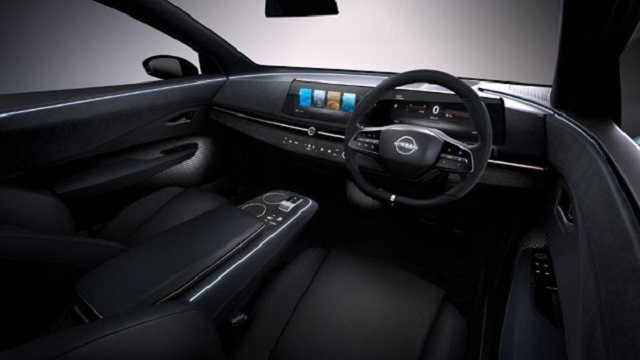 There’s no doubt that this is the most interesting aspect of the 2021 Nissan Ariya. We still don’t know the exact output, but it’s clear that the new model will come with electric motors on both axles. We count on performances that are typical for the class, which means a 0-60 time in about 5 seconds. Also, the company promises a quite respectable 300-mile range, which presents a significant improvement compared to Leaf’s 225 miles. This is also significantly more compared to future rivals. Those would be models like Jaguar I-Pace and Audi e-Tron, which can go around 235 and 205 miles on a single charge, respectively.

Another thing we should mention is that the 2021 Nissan Ariya will come with the new generation of the company’s familiar ProPilot semi-autonomous driving system. At this point, details are still unavailable, but we expect that there will be many situations when the driver will be able to drive with the hands off the steering wheel. 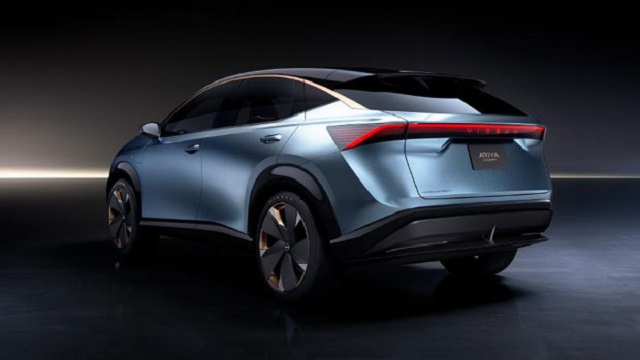 The latest reports suggest that the 2021 Nissan Ariya will hit the market in the second half of the year. The base price should go around 40.000 dollars.