The famous electric car is about to get several interesting novelties for the next year, including a hi-performance version called 2019 Nissan Leaf Nismo. As you probably know, the second generation of this all-electric car finally last year, seven years after the launch of the original model. It came with numerous significant improvements, including new drivetrain with more power and range, new styling, interior etc. However, the company won’t stop on that. Latest reports suggest few interesting changes for the next year. First of all, the company will introduce a new, extended-range version with larger battery pack. Also, expect to see a completely new, hi-performance version. 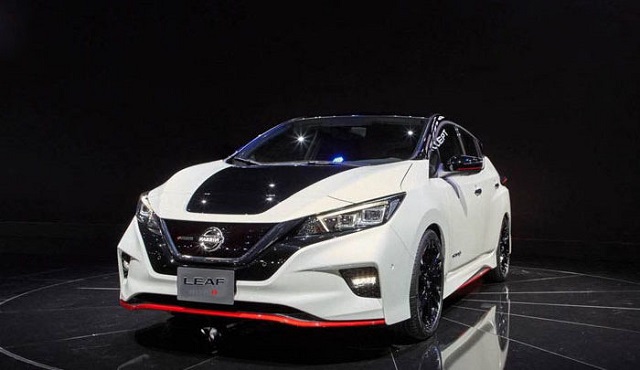 This model will come as 2019 Leaf Nismo and it will be designed by the company’s famous performance division. We expect to see plenty of new details. Of course, the most important is new powertrain, though styling changes should be significant as well.

In terms of base design characteristics, the 2019 Nissan Leaf Nismo will be pretty similar to the base model. It will ride on the same platform and feature quite similar shape. However, many changes will come in terms of mechanics. Some of the most notable are new suspension and brakes, which will provide much better handling and overall performances. Also,the new model will come with plenty of changes in styling. We will see those details that are characteristic for Nismo division. Some of them are new bumpers, spoilers and the rest of the body kit. Also, the new model will probably come in Nismo’s recognizable color combination, which includes white, black and red. 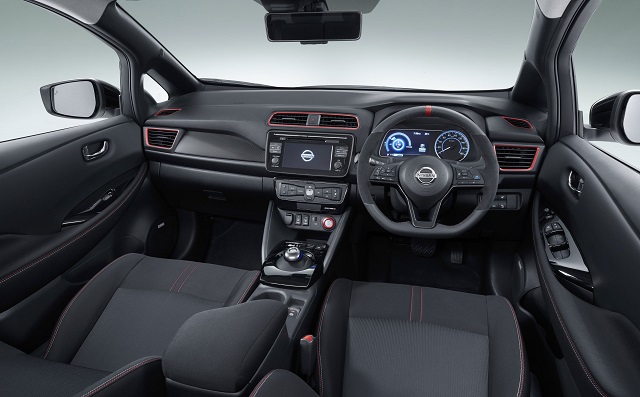 The interior design should be improved too. Few sporty details like sportier steering wheel and new pads are more than welcome. Of course, expect to see unique list of standard equipment as well.

At the moment, base Leaf models trail in terms of power compared to biggest rivals. The second-generation Leaf came last year and it features an electric motor with around 150 horsepower and 236 pound-feet of torque. On the other side, battery capacity is 40 kWh, which provides max range around 150 miles. For the next year, the company will introduce new 60 kWh battery pack, which should provide a max range around 225 miles. 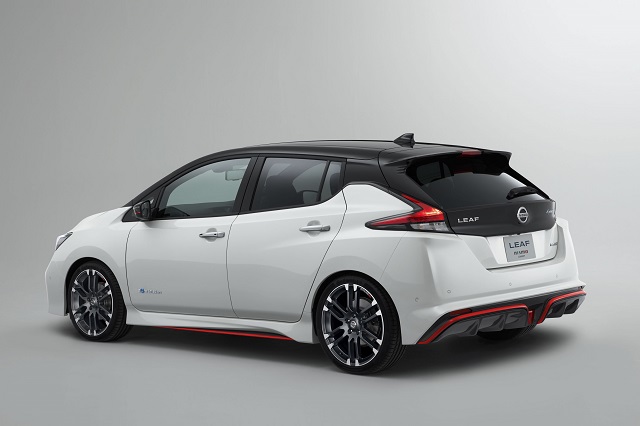 Speaking of 2019 Nissan Leaf Nismo, we expect to see a significant increase in terms of power. How much this will be, it is hard to say at the moment since we are still waiting for the official confirmation of this performance model. According to some reports, this version will have at least 50 horses more. So, expect to see a max power between 200 and 220 horsepower.

We are sure that the 2019 Nissan Leaf Nismo will be a well-equipped machine. The standard model is offered in three trim levels and Nismo should be in a range with the top-level SL model. This means that we can count on things like 7-inch touchscreen, premium Bose audio system, LED lighting, heated seats and steering wheel etc. Also, we expect to see a bunch of advanced safety systems. Some of these are blind-spot monitoring and rear cross-traffic alert, lane departure warning and intervention, automatic high beams etc. Nissan’s ProPilot should be also in the offer. This system provides additional lane keep functionality, simply said. 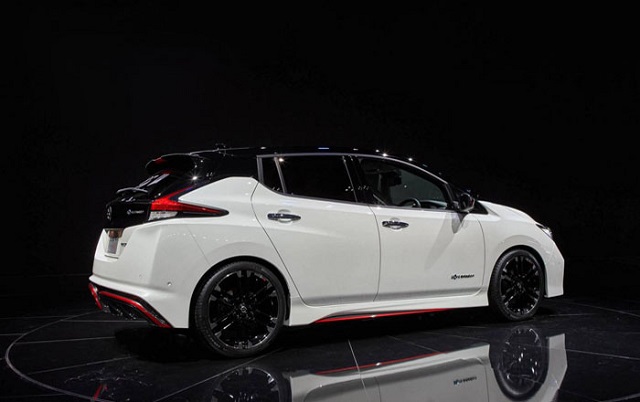 The 2019 Nissan Leaf Nismo is yet to be officially confirmed. However, some reports suggest its arrival by the end of  2018. There are even some suggestions in terms of price, which go around 40.000 dollars.