The 2021 Mitsubishi Outlander is about to be one of the biggest novelties of the Japanese manufacturer for the next year, as we are about to see a complete redesign. The current generation has been around since 2012, which makes it one of the oldest models in the segment. Interestingly, it still makes quite decent sales numbers and is one of the company’s best-selling models. However, the management is perfectly aware that this won’t last for too long and that the model needs upgrades.

Most of the details about the 2021 Mitsubishi Outlander are yet to come. Still, we know that the upcoming redesign will bring interesting novelties, starting from a new platform and completely new aesthetics. The testing model has been spotted and it looks like styling changes will be quite significant. Also, we may see some interesting changes under the hood. The new model should hit the market in the second half of the next year. 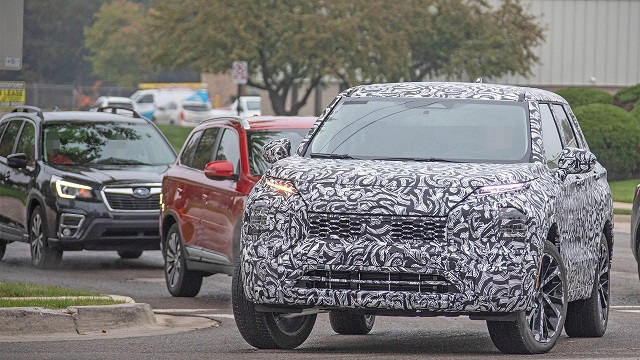 A long list of novelties is something we expect from the 2021 Mitsubishi Outlander redesign. Of course, the first thing that comes to mind is the platform. As Mitsubishi is now part of the Renault Nissan Alliance, there’s no doubt that the new model will share architecture with its counterparts. More precisely, the new Outlander will have most things in common with the Nissan Rogue, which is also about to come completely redesigned next year.

This means we are about to see a familiar CMF platform, its updated version for this occasion. Among many novelties and improvements, the first thing that comes to mind is the size. With this platform, the 2021 Mitsubishi Outlander will certainly get a couple of inches in the wheelbase, which promises more space on the inside, as well as bigger overall dimensions.

As we’ve just mentioned, the testing model has been spotted on the road a couple of times. Although under heavy camouflage, it looks like it will feature a pretty attractive styling. The camouflage hides most of the styling solutions pretty well, but we can still see that there will be a lot of influence from the Engelberg Tourer concept. This particularly refers to the front end, where we can those pretty attractive face that comes with a massive grille, sleek headlights, additional lighting groups etc. 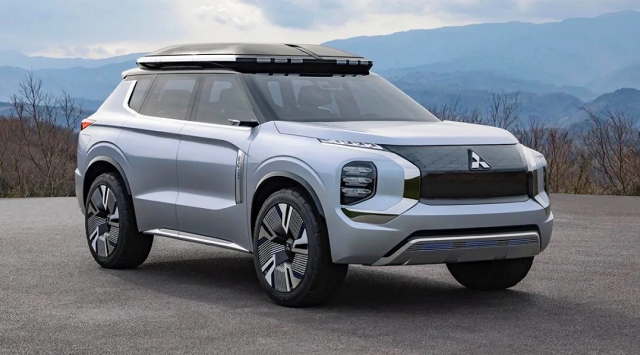 The rest of the vehicle also looks good. We like the fact that the new models will feature a little bit of SUV-ish shape. Instead of smooth lines and sleek profile, the 2021 Mitsubishi Outlander will come with a relatively boxy shape, in a manner of old-school Mitsubishi SUVs. The latest reports are suggesting that the testing model could take off the cover pretty soon.

Naturally, big changes are expected on the inside as well. First of all, we should mention a completely new dashboard design. The current model looks okay in this aspect, but we would definitely like to see something fresher, something more up-to-date. Also, we count on improvements in terms of materials, as the current model comes with low-rent materials in several areas.

When it comes to the interior space, there’s no doubt that the new model will benefit a lot from a longer wheelbase. We count on more legroom, particularly in the second row, as well as on a bigger cargo area. Some reports also suggest we could see the optional third row.

Naturally, the upcoming redesign will also bring lots of new tech features. Still, we have to say that the current model is already pretty decent in this aspect, as it comes with a nice touchscreen interface, which includes Android Auto, Apple CarPlay and other tech goodies.

When it comes to the powertrain, it looks like Mitsubishi is willing to adapt its engines to a new platform from Nissan. The latest reports are suggesting we are about to see familiar units, starting from a 2.4-liter four-cylinder, which is good for 169 horsepower. Also, there is a big chance to see a new 1.5-liter turbo-four, the same one that powers the new Eclipse Cross. The engine is good for about 160 horsepower. 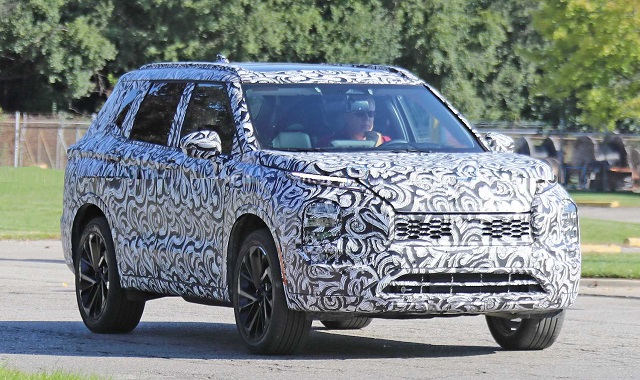 Also, we presume that the Japanese manufacturer will carry on with a very good plug-in hybrid model. It is based on a 2.4-liter engine and currently delivers around 200 horsepower. Of course, we count on some improvements for the next year, starting from a longer all-electric range, which should go around 50 miles.

We expect to see 2021 Mitsubishi Outlander sometime in the next year. The third quarter seems most likely. When it comes to the price, we expect that base models will go around 25.000 dollars. Competition in the segment is extremely tough, as there are models like Toyota RAV4, Honda CR-V, VW Tiguan, Ford Escape and many more.