The second generation of Infiniti’s mid-size SUV is coming, very soon. According to the latest reports, it will have premiere by the end of this month and then, we will know all about the new model, which will hit showrooms in the third quarter of the year, most likely. Compared to the outgoing generation, the new 2022 Infiniti QX60 will bring a lot of interesting novelties, even though changes will rather be evolutionary.

From what we know so far, the new model will keep the same platform, though with significant upgrades. On the other hand, a big change will come under the hood, as the current CVT will be replaced with a conventional automatic gearbox. Naturally, we count on a new styling, as well as on a completely new interior, which will look far more upscale than before. Naturally, we count on more standard features, as well as on improvements in terms of ergonomics and overall functionality. 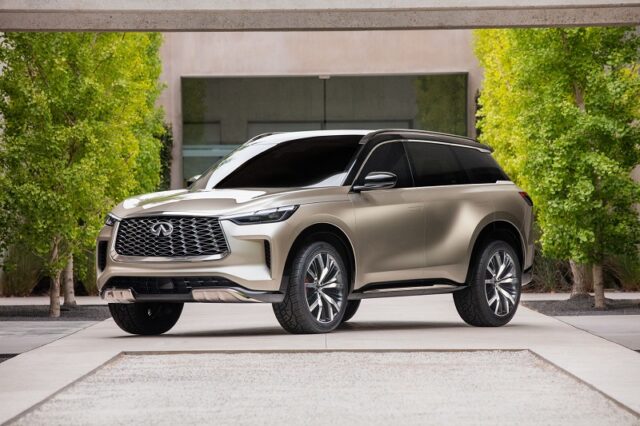 The 2022 Infiniti QX60 will bring a lot of interesting novelties, but the interesting thing is that some of the most basic things will remain the same as in the current, outgoing model. Once again, this premium crossover will share many parts with its mainstream sibling, Nissan Pathfinder, which is also coming completely new. Both models will continue to ride on the D platform. Interestingly, the wheelbase will remain the same, 114.2 inches, though the new model will actually be slightly shorter in terms of the overall length.

However, the platform will get significant updates, and that particularly refers to the suspension setup, which will get a lot of new components, in order to provide a more comfortable drive. We presume that the new model will get set up in a way to be more about comfort than agile handling.

When it comes to the exterior design, we’ve just mentioned the same wheelbase, while the new model will be slightly shorter, but also wider and taller. All this should provide a more aggressive stance. The new model is yet to take off the cover, but we presume that the production version won’t be much different than the QX60 Monograph concept, presented last year. 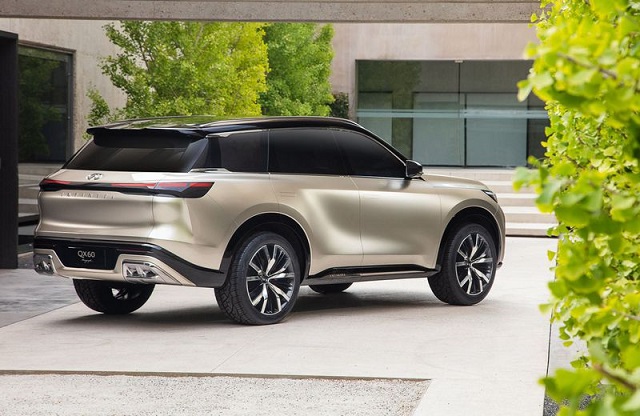 All in all, the styling will be more aggressive than before. It will bring sharper lines, even though the 2022 Infiniti QX60 will keep a bit of Infiniti’s well-known curvy lines. At the front, the biggest difference will be new headlights, along with a bolder bumper. On the other side, the rear end will come with a large horizontal bar that spreads over the tailgate and connects taillights. Of course, we expect that the production version will also come with a two-tone finish, with a blacked roof.

Big changes are coming on the inside as well.  In the past, Infiniti models were often criticized for subpar interior quality but that won’t be the case with the new 2022 Infiniti QX60. From what we can see, the new cabin will look far more upscale than before. The dashboard looks far more mature, not just in terms of shape, but in terms of materials as well. It looks like all surfaces will feature soft-touch materials. Also, you can notice a large tablet-like infotainment screen, while the massive center console is highlighted by a new fancy-looking gear selector. 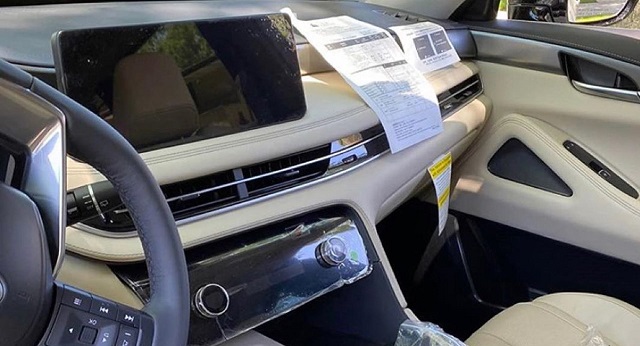 As we already mentioned, the 2022 Infiniti QX60 will come redesigned but with a lot of evolutionary changes. Many things will carry on in the same way and that refers to the engine as well. The new model will continue with a good-old 3.5-liter V6, which puts out around 295 horsepower, which is more than enough to provide a convenient ride. On the other side, a big change is coming in terms of transmission. Instead of the current CVT, the new model will feature a 9-speed automatic transmission.

The new gearbox will certainly improve ride quality, but we are also about to see a 1.000-pound improvement in terms of towing capacity. The new model will be able to tow up to 6.000 pounds. When it comes to fuel economy, we expect similar ratings to the current model, which returns around 20 mpg in the city and 26 mpg on the highway.

As we already mentioned, the 2022 Infiniti QX60 will have a premiere already this month, while sales should to start in September. We presume that the starting price will go around 45.000 dollars.