Eight years in production seems quite long these days, especially when we are talking about compact luxury sedans, which have to be ahead of time in order to stand out. Still, the Japanese manufacturer doesn’t rush with changes and the probable reason is that these vehicles aren’t as popular as they used to be. Therefore, our prediction is that the company will keep this model in production for a few more years and then discontinue it. This indicates that the 2022 Infiniti Q50 will come without more important changes, though minor updates are always possible.

So, we expect to see familiar design characteristics from the next year’s model. It will continue to offers a stylish exterior, spacious cabin and a couple of powerful engines. However, there are also few drawbacks, which seem typical for a vehicle of this age. The cabin looks less upscale compared to rivals, while the handling could be better.

Since there are no significant changes to come, we don’t expect to see 2022 Infiniti Q50 before the last quarter of the year. 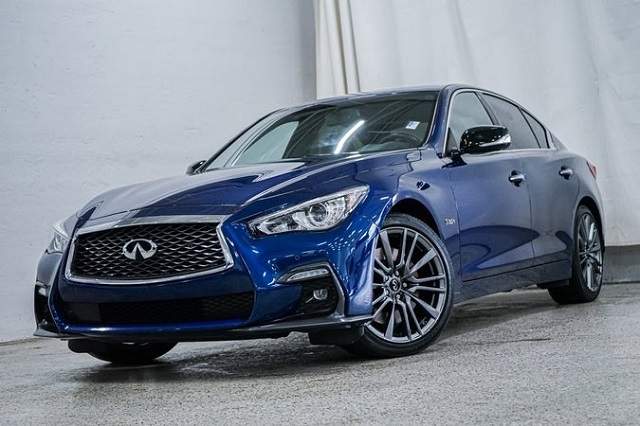 As we’ve just mentioned, the 2022 Infiniti Q50 is about to carry on in the same way. We count on the same layout, which is based on a good-old FM platform. Considering the model’s age, it seems logical that the driving experience isn’t on par with younger rivals. Of course, it’s always fun to drive an RWD car (AWD also available), but handling should definitely be more precise.

While we can argue about the handling and driving experience in general, there is no reason to complain when it comes to styling. Even though we are talking about a pretty old model, it still looks fresh and attractive. Of course, the main reason is Infiniti’s well-known design language, characterized by sleek and smooth lines and shapes.

For the next year, we could see additions in terms of new color options but anything more than that would be a real surprise.

There is also a coupe version, which is called Q60.

While the exterior still looks amazing, the inside of this sedan is a mixed bag. The biggest complaint goes to the interior quality, which isn’t bad but it is far away from most rivals. Simply, there are few plasticky surfaces around the cabin, while the dashboard looks old. That’s something you usually don’t expect from a premium sedan. Also, we don’t like the dual-screen setup, which may look hi-tech but isn’t very practical. 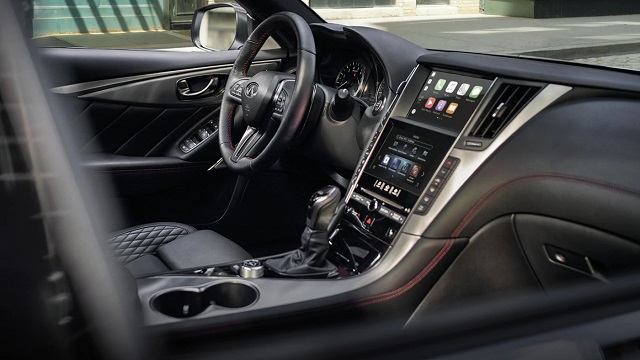 On the other side, this model is really spacious and offers a couple of really comfortable rows. The front seats are particularly amazing, some of the best in the class. The second row is also comfortable, though tall passengers may have a little bit of trouble with headroom.

When it comes to the trunk space, you may count on about 13.5 cubic feet, which is quite typical for the segment.

Once again, it is hard to expect bigger changes, though a couple of updates in this aspect are possible. Most of the things should remain the same as in the current model, which already features a decent list of standard equipment. All versions come with a dual-screen infotainment system that consists of 7- and 8-inch touch screens, Android Auto, Apple CarPlay, HD Radio, satellite radio, a Wi-Fi hot spot, voice recognition, Bluetooth, keyless entry, dual-zone climate control. You can pay extra for things like a moonroof, navigation, a 16-speaker Bose premium stereo, ambient interior lighting. 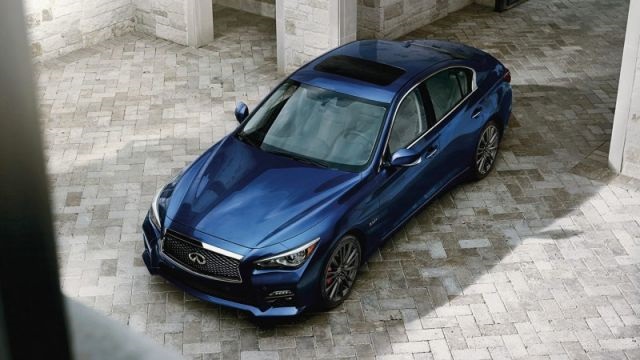 The 2022 Infiniti Q50 will continue with two familiar powertrain options in the offer. Of course, we are talking about a well-known 3.0-liter turbo V6, which puts out around 300 horsepower in its base version. Also, you can opt for a more powerful variant of the engine, which delivers around 400 horsepower. Both variants come in pair with a 7-speed automatic transmission, which sends power to the rear or all wheels.

The base engine returns around 20 mpg in the city and 29 mpg on the highway, which is below average for the class. The 400-hp version is even thirstier.

Considering that there are no bigger changes to come, we presume that the 2022 Infiniti Q50 will hit the market sometime late in the year. The base price should go around 37.000 dollars.