A decade ago, we’ve seen the first coupe crossover on the market, introduced by the Bavarian carmaker. No one believed that such vehicles could become that popular that we can now legally talk about a completely new segment. All German luxury carmakers, including Porsche, have vehicles of this kind in the offer. They are actually pretty big moneymakers, so Infiniti wants its piece of cake as well. Therefore, we are about the see the brand-new 2021 Infiniti QX55.

The new model has been confirmed and it will be the first coupe crossover from Japan. As you may presume, it will be based on the QX50, a compact crossover, though there is a chance to see several distinctive details as well. At this point, we are still waiting to catch the test model on the street. However, most reports suggest that the new model will hit the market already in the next year. 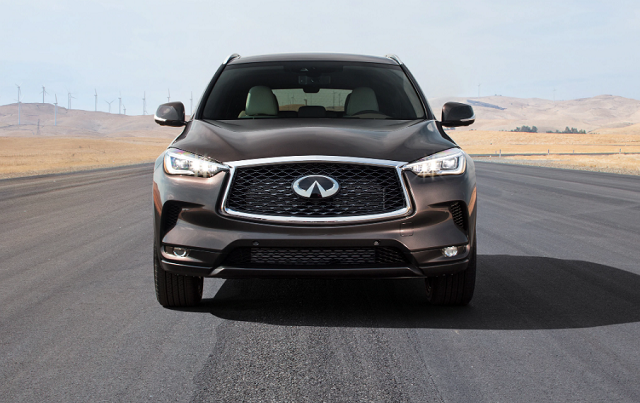 It’s enough to read the new model’s name and to realize how the brand’s new naming policy will go. The 2021 Infiniti QX55 will be base on the QX50. Compared to the compact crossover, it will come with a notable difference, but most of the design solutions and technologies will be shared. Practically, we may expect the same relationship we can see between models like BMW X3 and X4 models. The two models will feature the same mechanics, which means riding on a familiar D Platform.

When it comes to the styling, there’s no doubt that the rear end will be the most distinctive part of the new model. Yes, you may expect to see that sloping roof design, which provides that coupe-like profile, despite we are still talking about a five-door SUV. The roofline will be different, as well as the rear end, including taillight, tailgate and several other parts.

At the front, we don’t expect that the 2021 Infiniti QX55 will be much different compared to QX50. The compact crossover has been introduced two years ago and it is still too fresh fo modifications. Moreover, this model looks amazing, thanks to an attractive combination of Infiniti’s famous curvaceous approach and new design language, which adds a bit of sharpness. In terms of exclusive details, we may also see some new color options, while the base version of this coupe crossover will probably come with bigger wheels compared to the QX50. 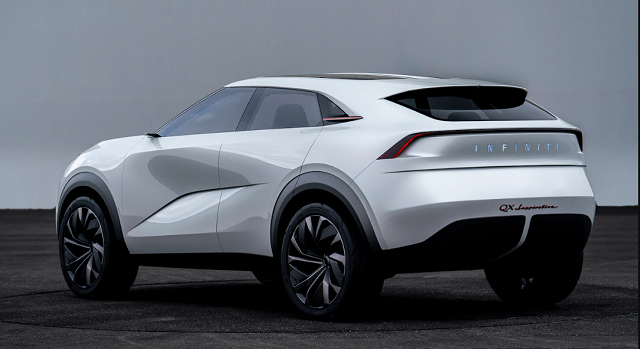 On the inside, we expect to see a familiar layout. The dashboard should be the same as in the QX50, which is great, considering the overall interior quality. The dash looks attractive, while the materials choice is amazing as well. Still, keep in mind that updates are expected for the next year, so the 2021 Infiniti QX55 should include all those novelties that are about to come. This primarily refers to the new infotainment system, which will come with one huge touchscreen, instead of the current dual-screen setup. A couple of more tweaks to the dashboard are possible as well.

Other than that, the cabin should remain pretty much the same. Still, the 2021 Infiniti QX55 will come with one big difference. Due to the coupe layout, the new model will probably feature less headroom and smaller cargo area. That’s the price you will have to pay for more style. 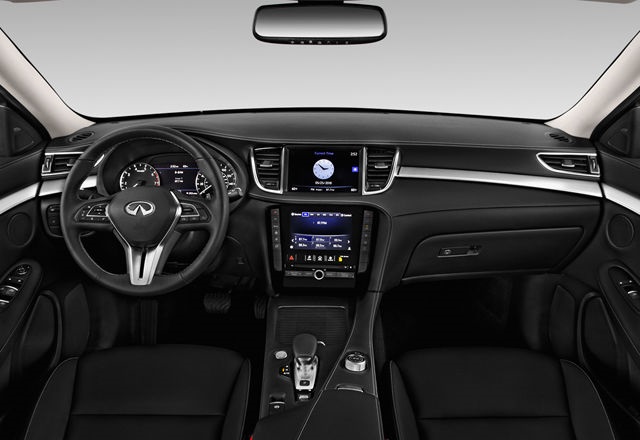 Under the hood, we don’t expect to see bigger surprises. The standard 2021 Infiniti QX55 should come with the same 2.0-liter turbo-four, famous for its variable compression. Thanks to this feature, the engine manages to make some pretty strong numbers in terms of fuel economy, while delivering plenty of power. A max output goes around 268 horsepower, which is on par with V6 engines. On the other side, fuel economy is better than most four-cylinder rivals. You can count on strong acceleration, but also on pretty amazing 24 mpg in the city and 31 mpg on the highway.

There is also a chance to see a performance version of this coupe crossover. In this case, we would probably see a 3.0-liter twin-turbo V6 engine, the same one that can be found in Q50 and Q60 models. A max output goes around 400 horsepower.

We expect to see 2021 Infiniti QX55 sometime in the next year. More details should be known in the future after we see the test mule. When it comes to the price, we could make rough estimation only and it would sound between 40.000 and 45.000 dollars for base versions.